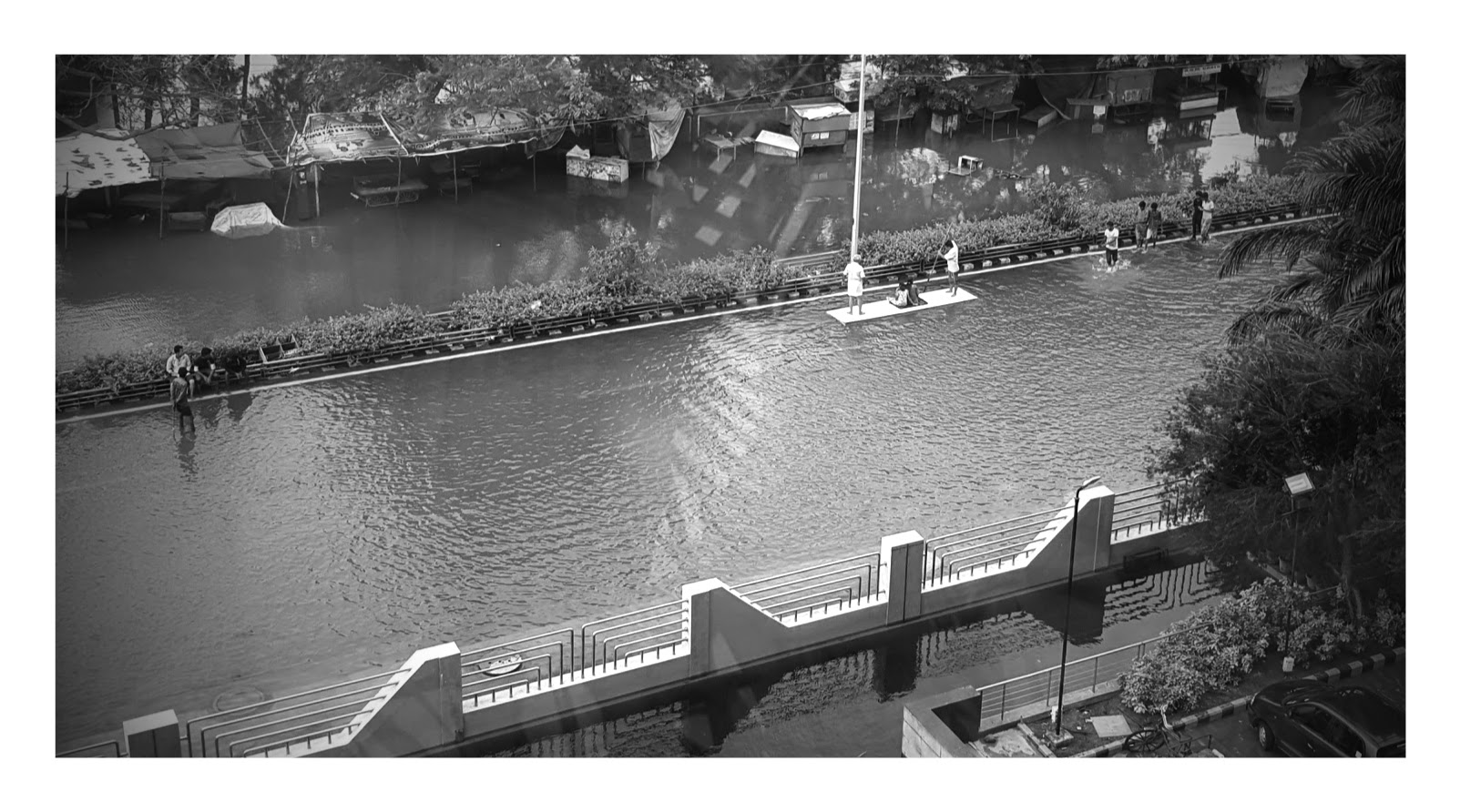 Torrential rains in Chennai, where about 200 FULL employees live and work, have flooded the South Indian city, displacing as many as 1.8 million people and killing 269 in the state of Tamil Nadu.

The photo above shows what was once the road outside FULL’s Chennai office. In many parts of the city, flood waters are even higher.

A couple of dozen FULL employees are stranded at the office, their homes either flooded or inaccessible.

Maha, one of our lead developers, filled us in on what’s happening.

Today, Maha says, she walked a mile through hip-deep water to get to the office. “Last Monday was the worst,” she says of heavy rains on November 23rd. “We didn’t know there was another storm coming. We thought it was over, but this past Monday evening it got worse.” Rains continued for 28 hours, she says.

We will continue to update the blog as we get more information.

Our founder, Michael Payne, is on his way from Edinburgh, Scotland (where he has been working on setting up operations in the UK) via London to Bangalore. From there, he hopes to load a vehicle with supplies for our team and drive to Chennai. Normally the drive is about six hours, but in current conditions, the travel time could be much longer.

We have set up a GoFundMe page to raise money for our affected employees. If you would like to donate and/or share the page, please do. Any amount is appreciated.

Maha tells us that commutes of 45 minutes have extended as much as five hours—if people are able to travel at all. She says there are few trains or buses running, and private buses have raised their rates as much as 10 times above normal. Ramya, one of our ops desk associates, she says, was forced to stand on her balcony as helicopters dropped food packets. The water was at neck level where she lives.

Sri, our IT lead, had to spend 700 rupees (about $10.50) to transport his mother from her flooded home on a floating tire. Then another 200 rupees to ride just 100 meters on a bulldozer (see screen capture below from a local media outlet).

On Tuesday night, unable to get home, Satya went to our development lead Madhavan’s house for the night. On Wednesday morning, he went home to find water at hip level inside his house. The refrigerator was floating, the bed nearly submerged. He grabbed some personal documents and put the fridge on top of the bed to try to protect it somewhat. By the next morning, the water level had increased and the bed was completely underwater.

UPDATE: Here are some photos of the Chennai floods from our teams on the ground in Tamil Nadu. 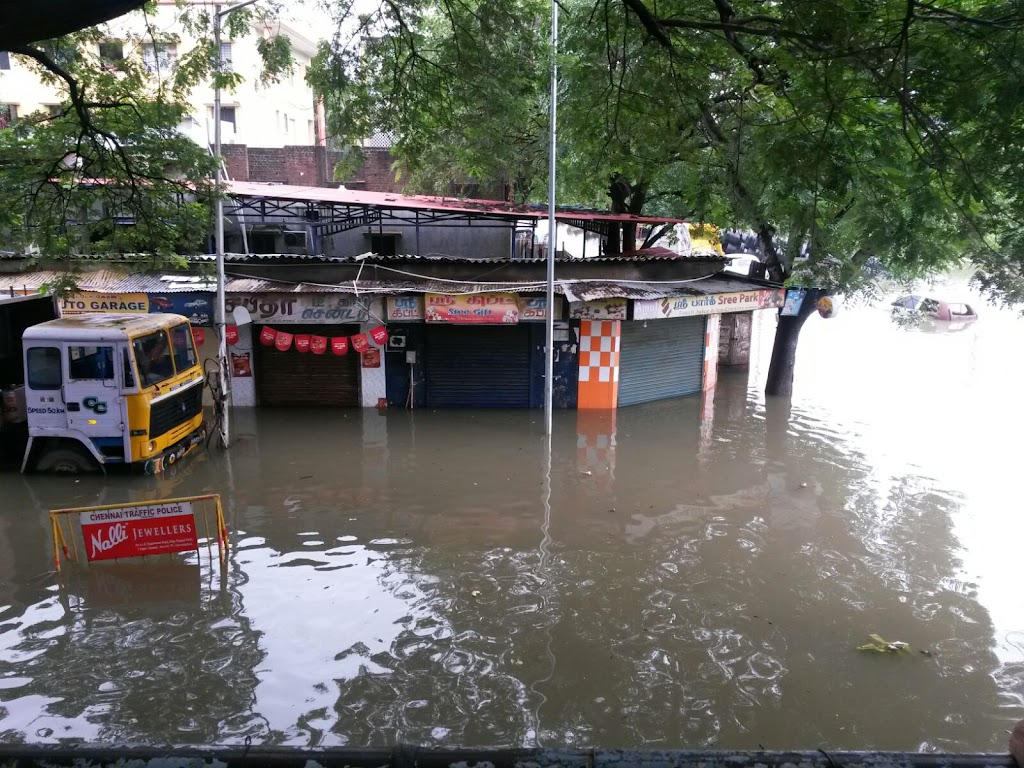 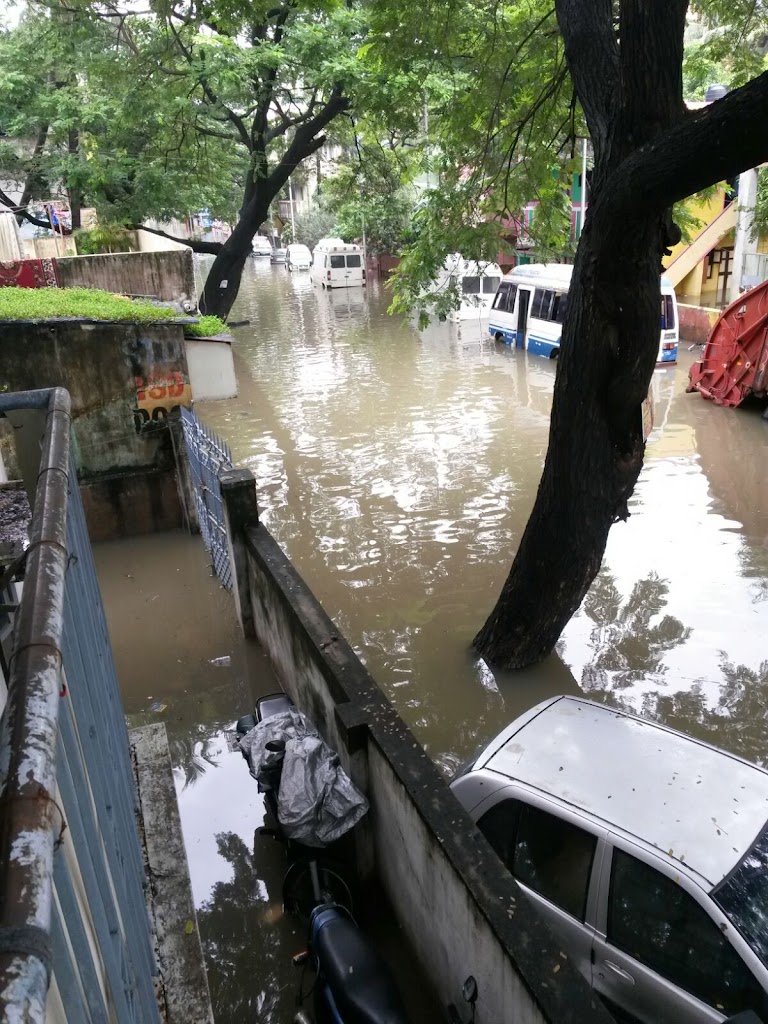 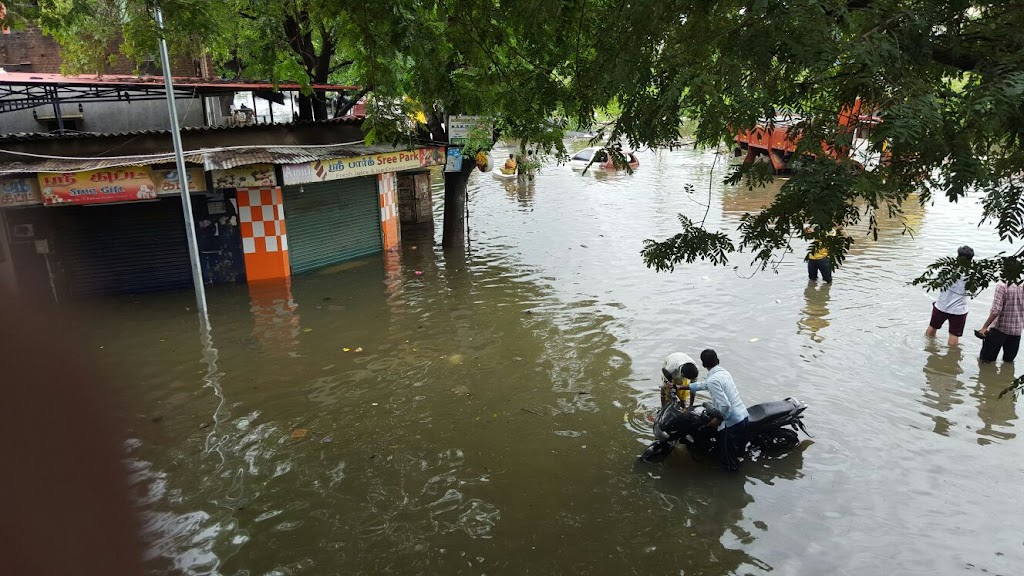 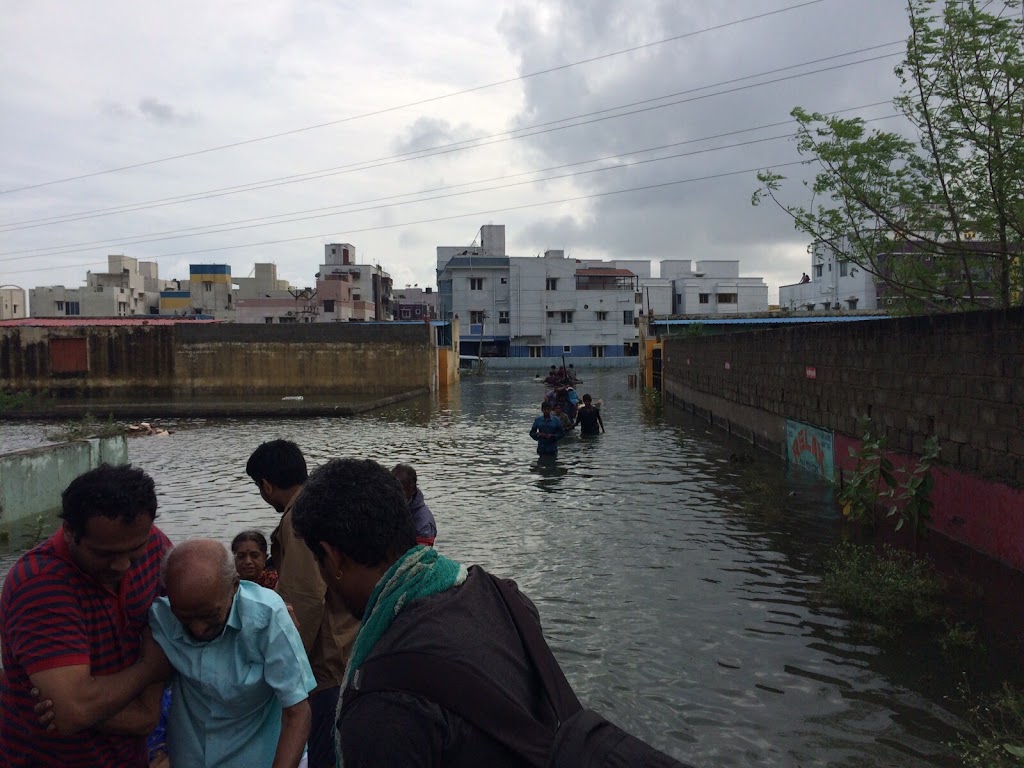 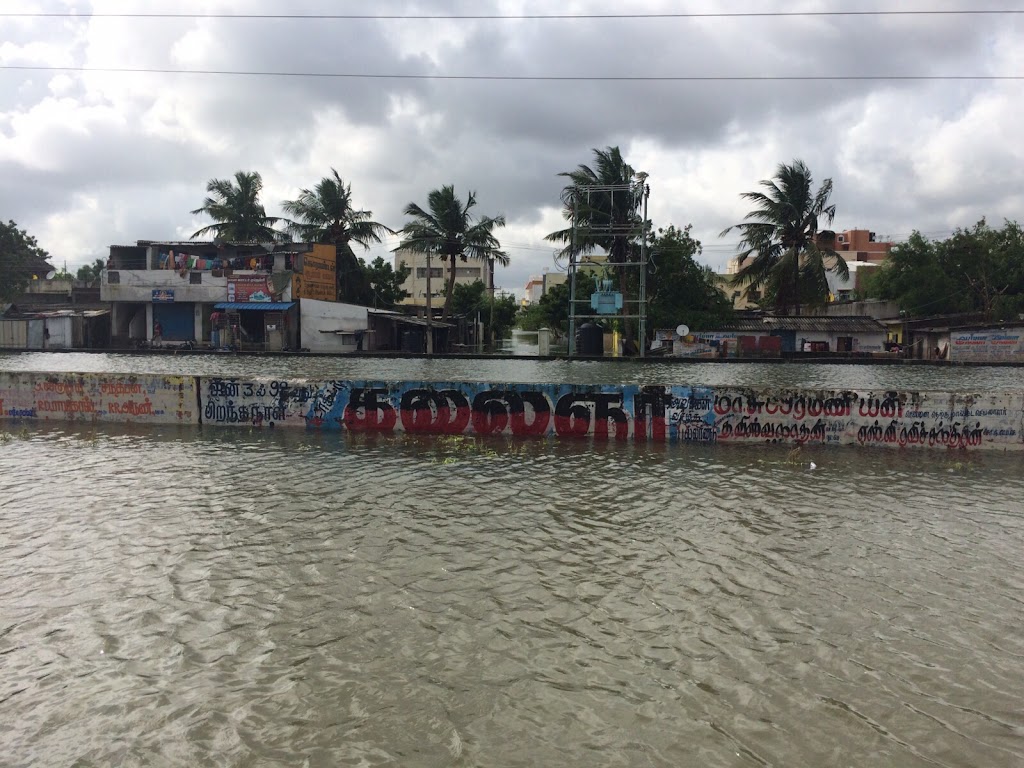 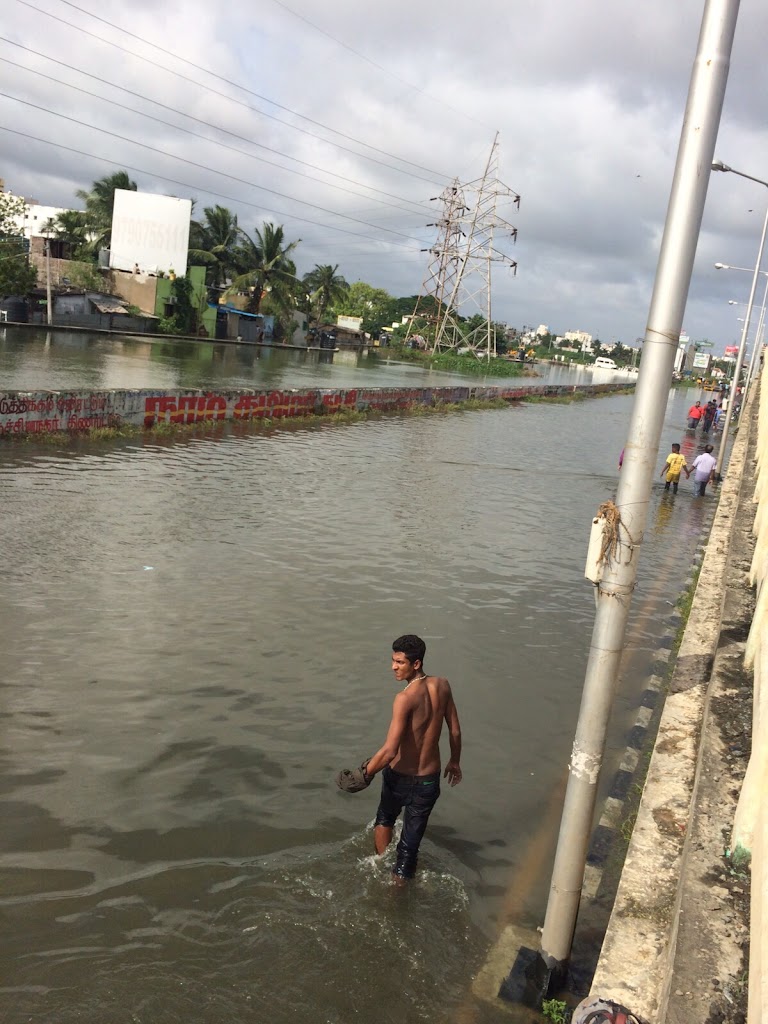 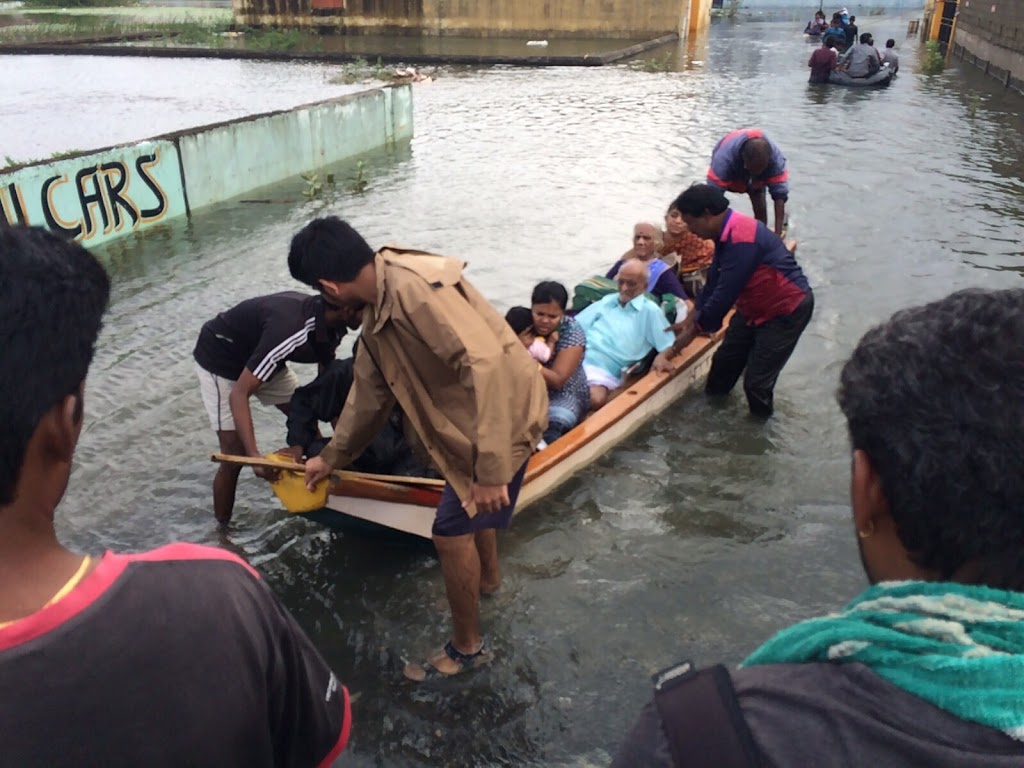 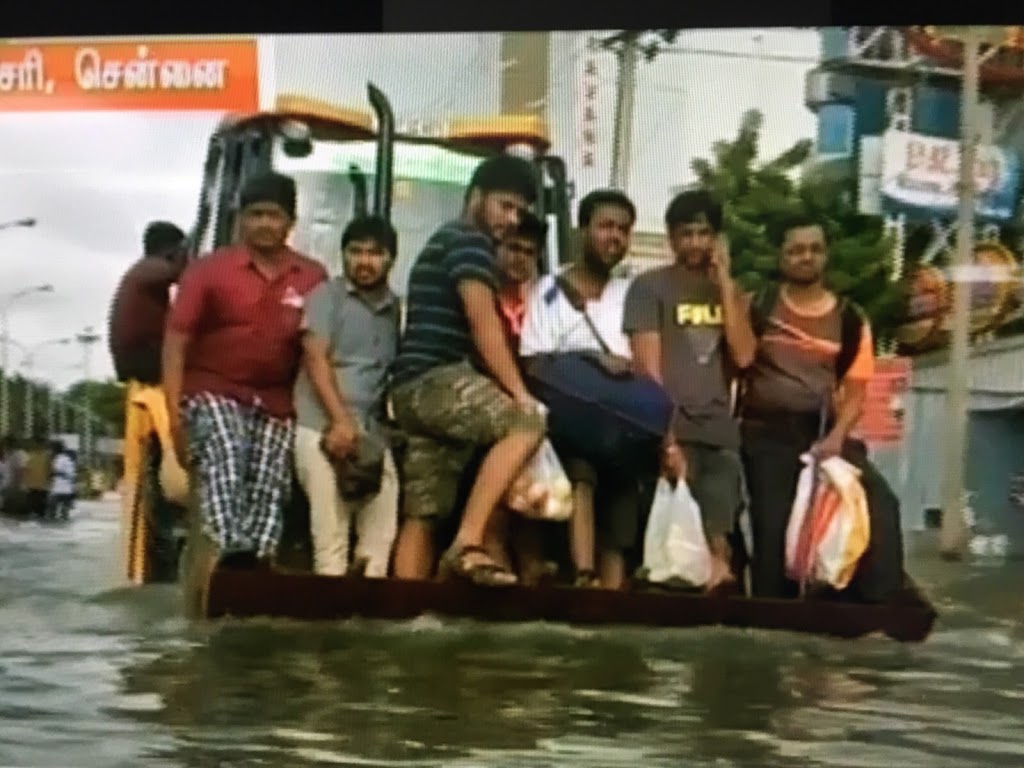 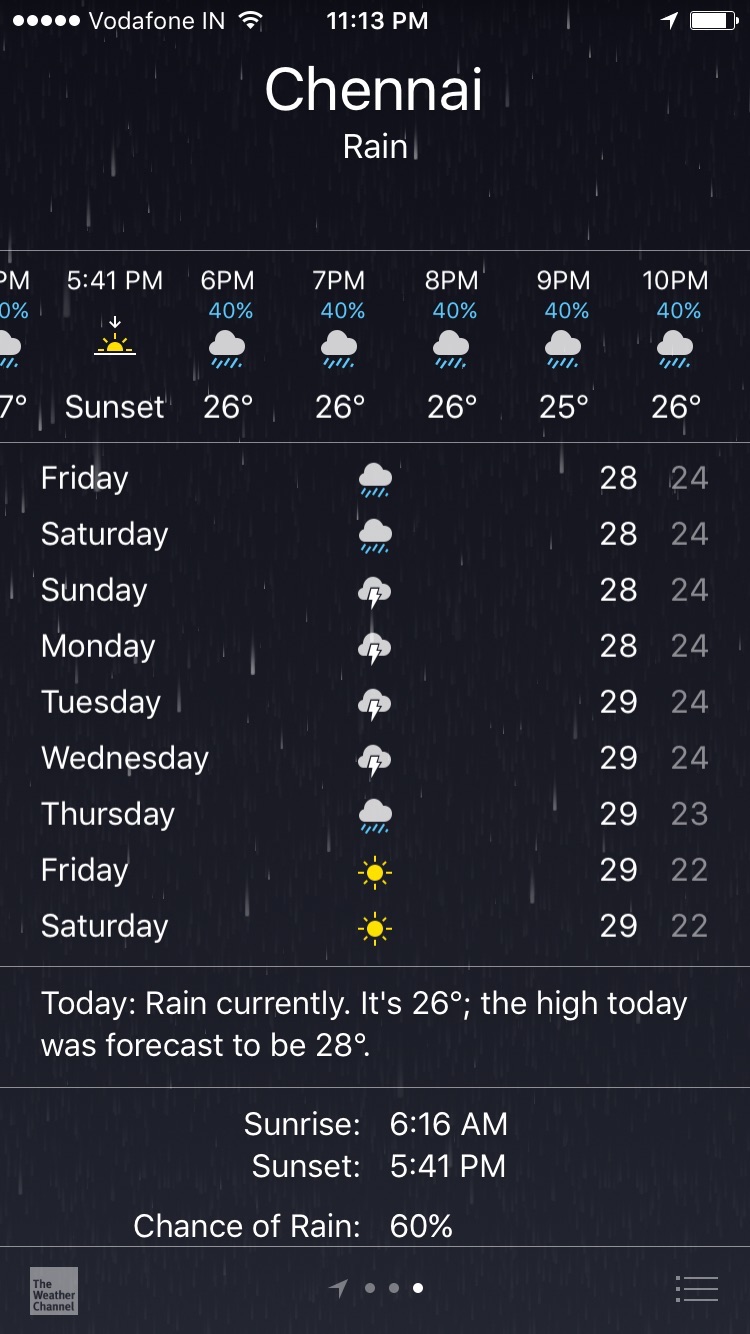 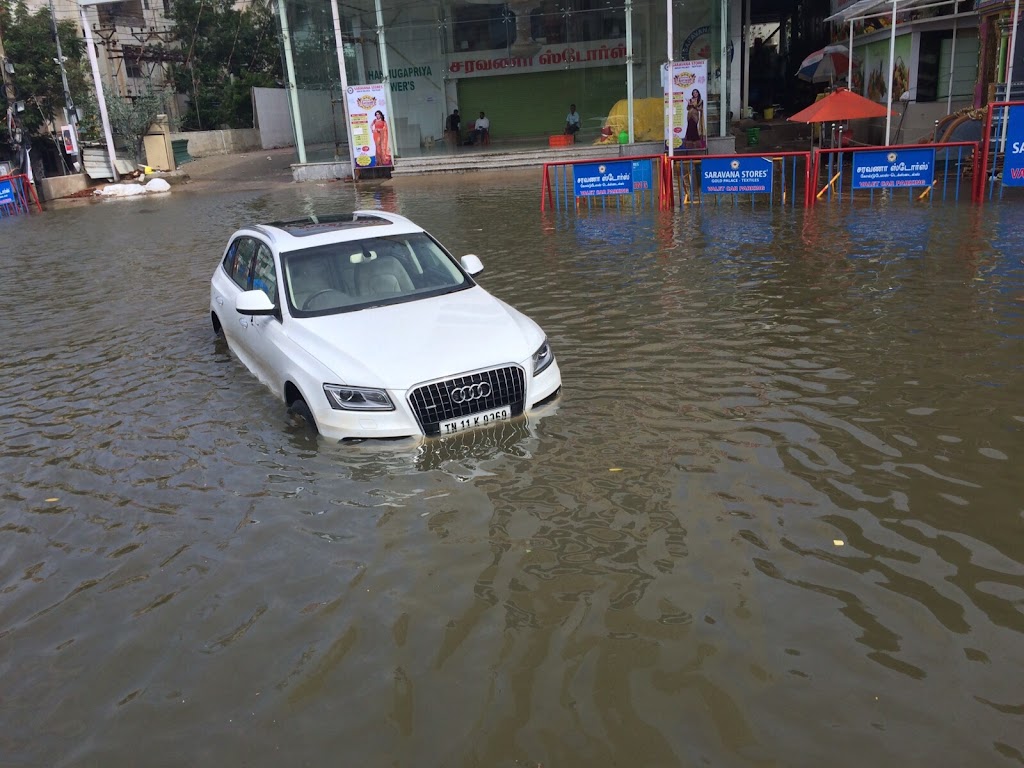 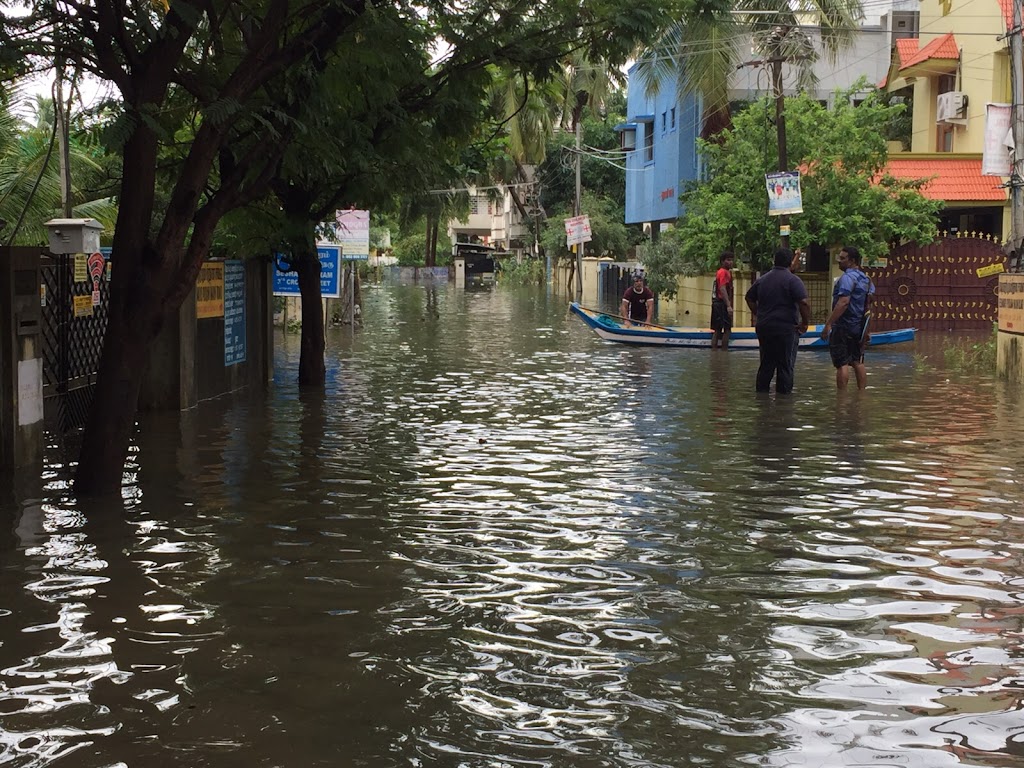 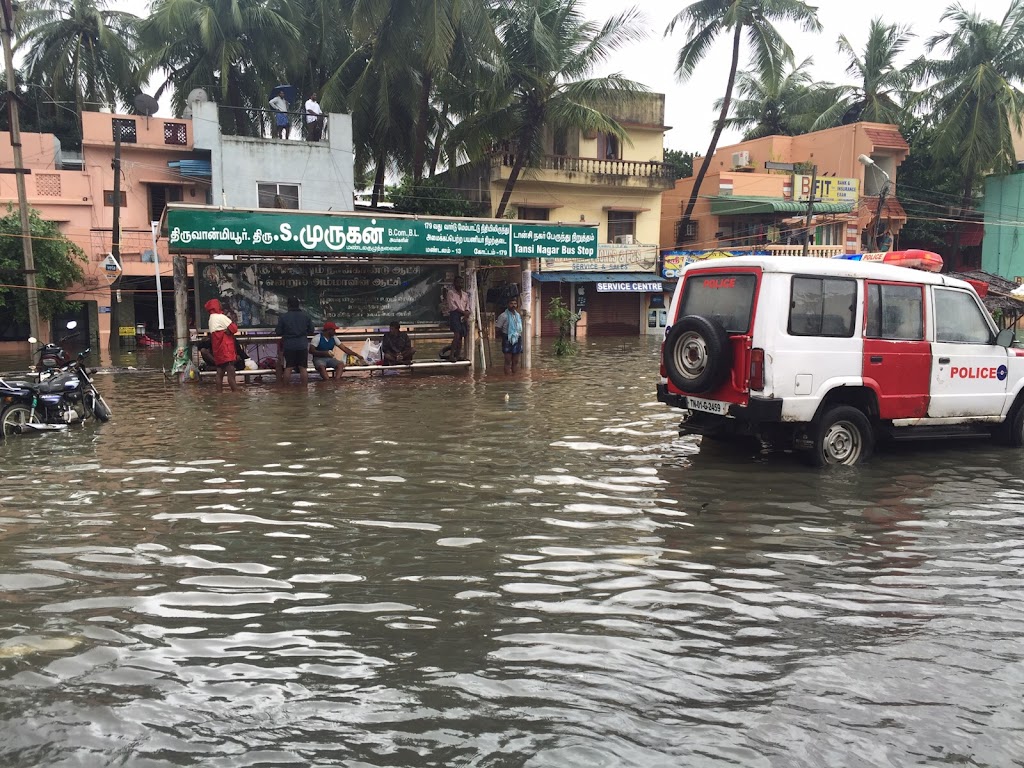 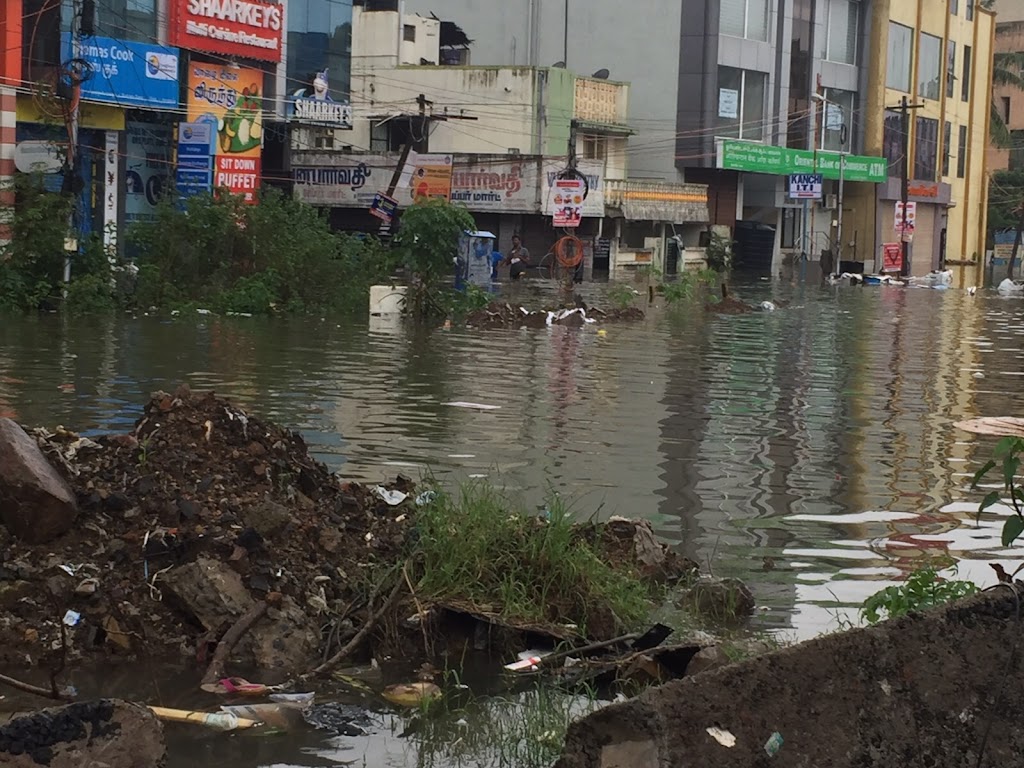