Around the World in 14 Days 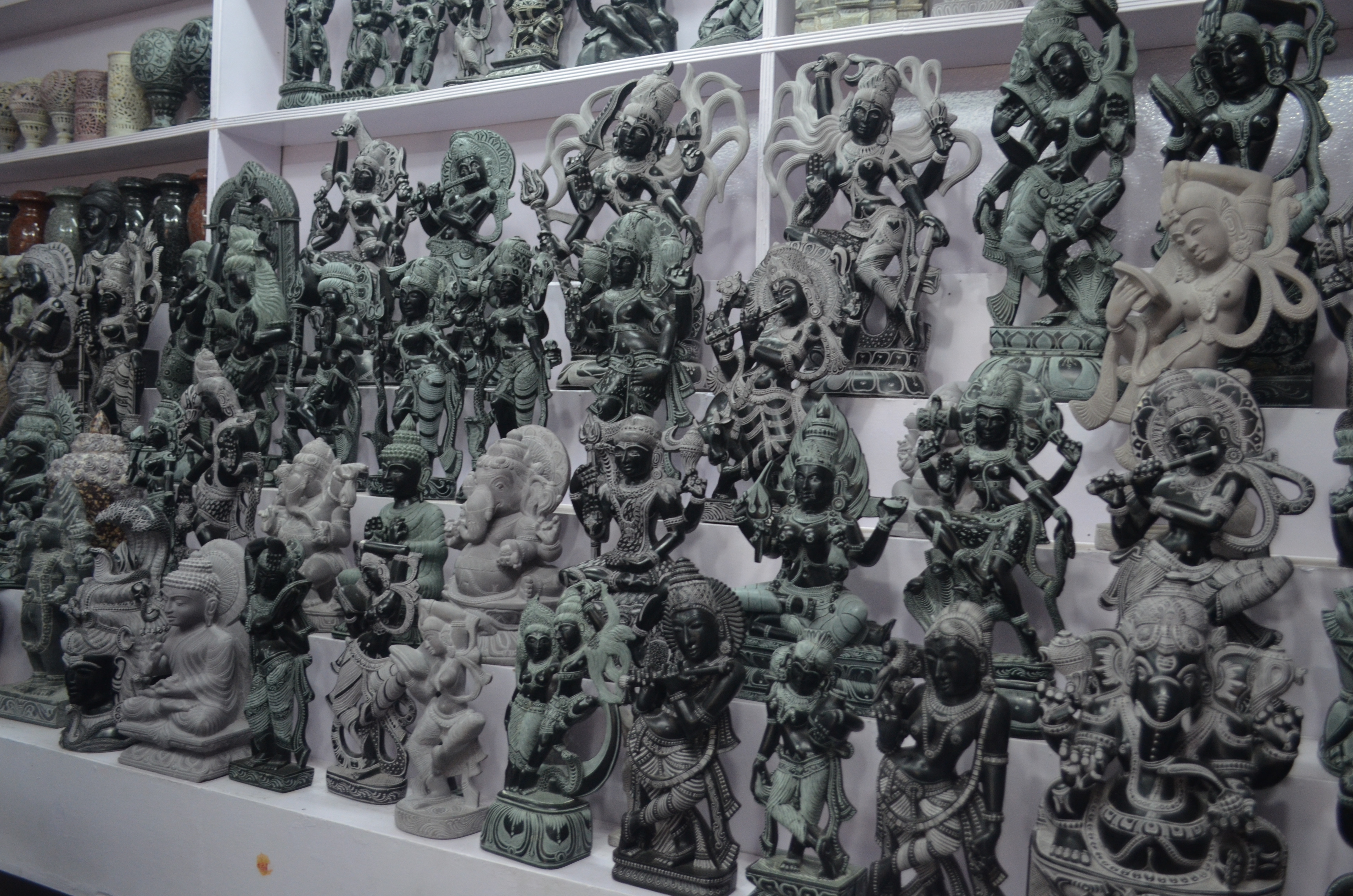 FULL works Anywhere. One of the things that sets us apart, and makes us proud, is that we have people in many different locations, all working together for a common goal.

How do we do it? With smart technology, good processes, and careful iteration to keep getting better at long-distance collaboration.

We’re happy with working Anywhere (“remote” sounds so lonely, doesn’t it?). And we believe if more organizations adopted this distributed model, there would be tremendous benefits for people, planet, and profit!

Sometimes, however, it’s good to get some face-to-face time. So, every once in a while, we invite a couple of our team members to switch places.

This time around, it was Lupe and Imelda. Both women live and work in El Paso, Texas, in the United States. But for two weeks in January, they flew halfway around the world to spend some time with our teams in Chennai, the biggest city in the Indian state of Tamil Nadu. 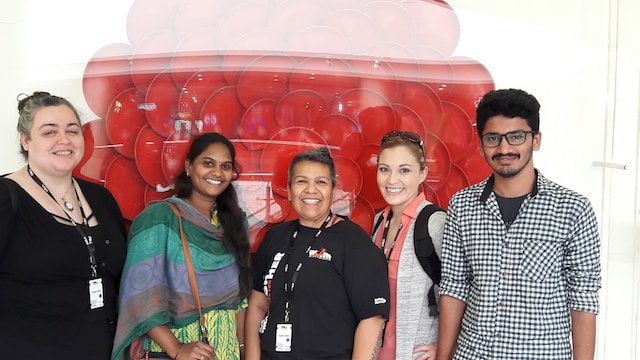 Lupe is one of our certified Scrum Masters. She currently works with AnswerConnect’s Franchise team, helping our franchise customers get the most out of their virtual receptionist service. She’s been with FULL for about two and a half years, and spent much of that time mentoring newer employees to empower them to be the best they can be.

Imelda is a customer service associate on our LexReception team. From her home office, she answers calls for Lex clients, giving them a friendly, professional voice and great telephone customer service.

Both Imelda and Lupe say they approached the trip with a mixture of excitement and apprehension. “For me to go to another country is mind-blowing,” Imelda says, since she’d never traveled farther than California before. She knew it would be an adjustment for her four children, ages 18, 13, 7, and 6. “I’m with them all the time,” she says.

Lupe’s children are grown, but she knew her two-and-a-half-year-old grandson would notice her absence, even if he didn’t know about the trip beforehand. As for traveling, Lupe wasn’t too concerned. She’d done a fair amount of international traveling before. She says she started doing some extra workouts, so she’d be ready to do a lot of walking around Chennai. “I want to try everything,” she says. 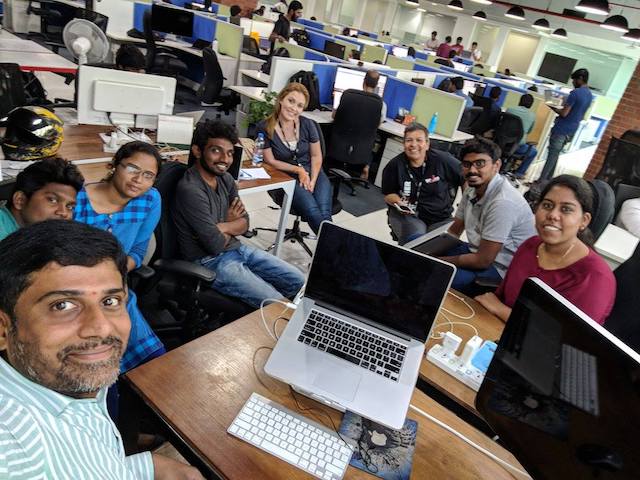 Both women looked forward to the opportunity to work with the developers who build the applications they use every day, and the QA teams who evaluate the calls we take for our clients. “We use the system they create,” Imelda says. “We work with their baby.”

“It’s great to have the opportunity to give our side of how we maneuver the system,” Lupe says. “Our bond will be reinforced, and we’ll have even more respect for one another as coworkers when we come back.”

One of the first things Imelda and Lupe noticed after arriving in “the future” (because of the time difference) in Chennai was the food. There was a lot of it. “They are amazing hosts,” Imelda says of the team in India. “We were in a food coma all the time,” Lupe says. One stop was a family-style restaurant with the HR team. “I’m convinced they ordered everything on the menu,” Lupe says. 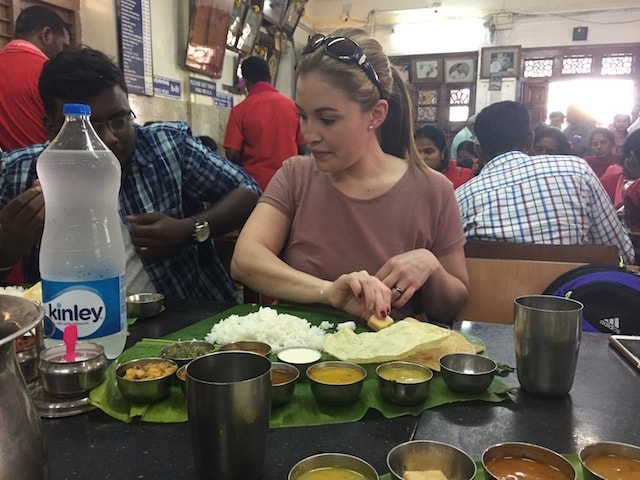 “I don’t know what I expected going in,” Imelda says. “I guess I assumed there would be some kind of language or culture barrier. But there wasn’t. They were so inviting, it was definitely humbling.” 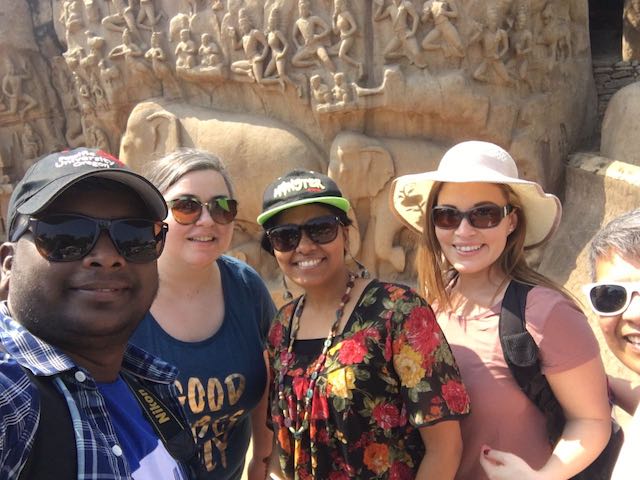 The visitors enjoyed a variety of Indian dishes for the first time, such as goat leg soup, mutton, and a vegetarian feast eaten off a banana leaf. They saw the movie Jumanji with the HR and Distributed Source teams. “The theater was like a palace,” Lupe says. 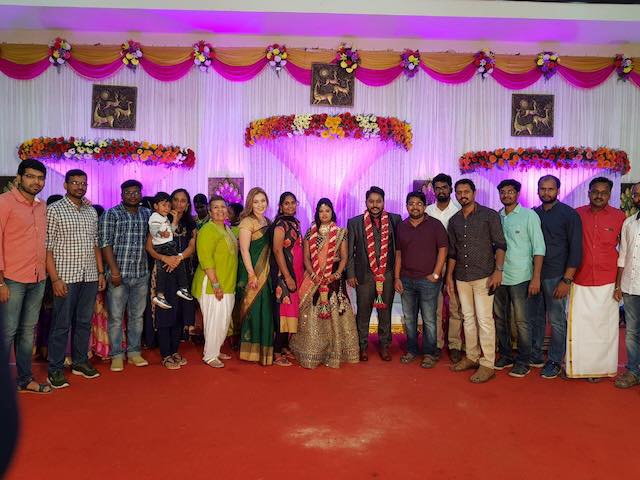 On a Saturday, Surya took them to a marble-floored Iskcon Temple for some quiet reflection. Lupe and Imelda were even guests at a wedding reception—HR team member, Sudharsan Deenan, was married during their visit. 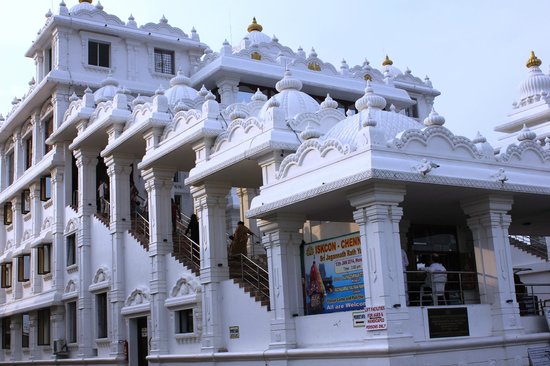 Imelda and Lupe wanted to make a good impression on their colleagues in Chennai. They worked with Sonti from the Connections team to gather and assemble fifty gifts of chocolate in cute burlap bags with the recipient’s initials painted on them.

“They were so happy,” Imelda says. The experience underscored the need for Anywhere teams to be more intentional about communication. “Unless someone messages them, they don’t know they’re appreciated,” she says. 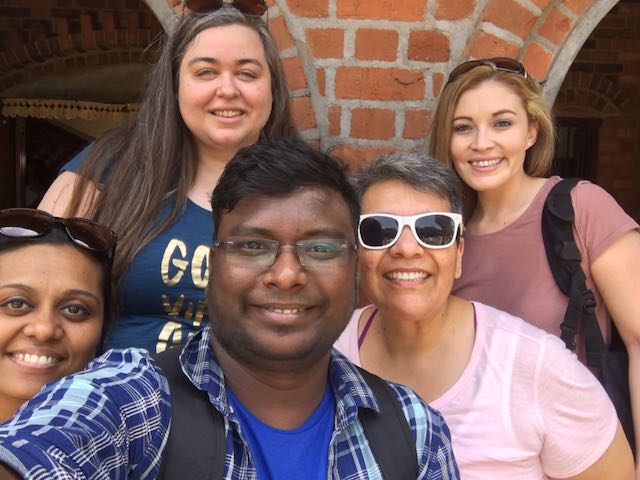 Lupe and Imelda particularly looked forward to working with the Quality Assurance (QA) team in Chennai. The QA team listens to call recordings and scores our virtual receptionists based on a list of criteria including accuracy and tone.

Since QA rankings have an impact on a receptionist’s tier position, which in turn affects scheduling options, the stakes can be high. “My goal was to learn more about QA,” Lupe says. So, she and Imelda joined the QA team to see how they calibrate calls.

“I had no idea how they would calibrate the calls,” Imelda says. “I thought it would be just, oh, here’s the score. It was not like that at all.”

By sitting in with Hema and the rest of the QA team, Lupe and Imelda developed a deeper understanding of just how thoughtful the process really is. The team listens to each call two or three times, considering many variables along the way.

“I thought it was a great experience,” Imelda says. “I think more receptionists should have that opportunity to know what a calibration is like.”

“I think a lot of team members have the perception that QA is out to get them, to take away points,” Lupe adds. But seeing the process first-hand, she says, gave her a different perspective. “It’s all about how the receptionist did in the moment, in the relationship with that caller. Did they engage? Could you hear the smile?”

“I thought it was a great experience, and I learned a lot,” Imelda says. 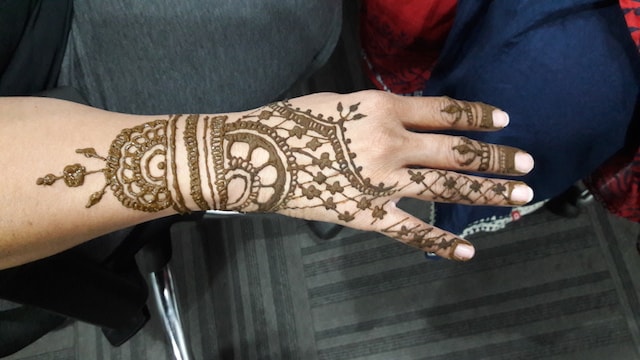 Back to the Switchboard

Imelda and Lupe also worked with our team of developers who build Switchboard, an application our virtual receptionists use every day to take clients’ calls.

“The developers wanted to see how we maneuvered the script, in the software,” Lupe says. By working directly with two of their users, the engineers were able to see the application in action, and get valuable feedback. “I’d be pointing at the screen while taking a call, and they’d be taking notes.”

Lupe was able to show how a seemingly small user interface (UI) change can be confusing, even to an experienced receptionists. “They understood it because I showed it to them,” she says. “They had that moment of oh, we get it now. I told them, if you would change that back, you’d be the biggest heroes.”

There and back again

Lupe and Imelda say they really got used to seeing their coworkers every day. “It was really cool when we’d walk into the office, saying hi to everybody every day,” Lupe says. She started to forget that normally, she works from home. And even though they both live in the same city of El Paso, they had never worked together directly or even met in person. “Imelda and I had never seen each other before…now I miss her,” Lupe says.

Being in the office, Lupe says, was kind of surreal, because she saw people in person with whom she had previously only interacted through chat or maybe video calls. “Everything about labels or roles or positions washed out of me while I was there,” she says. “It wasn’t that. It was teamwork. What it takes for them to do to have FULL creative function 24/7 was mind-blowing.”

“I used to think about ‘the IT Team,’” Imelda says. “Now that we’ve experienced working with them, it’s Durga, it’s Ibrahim. We know them by name. It’s more personal now.”

“I think we can do more, and not wait for once a year,” Lupe says. “More face-to-face time needs to happen. That’s the best way to build relationships.”