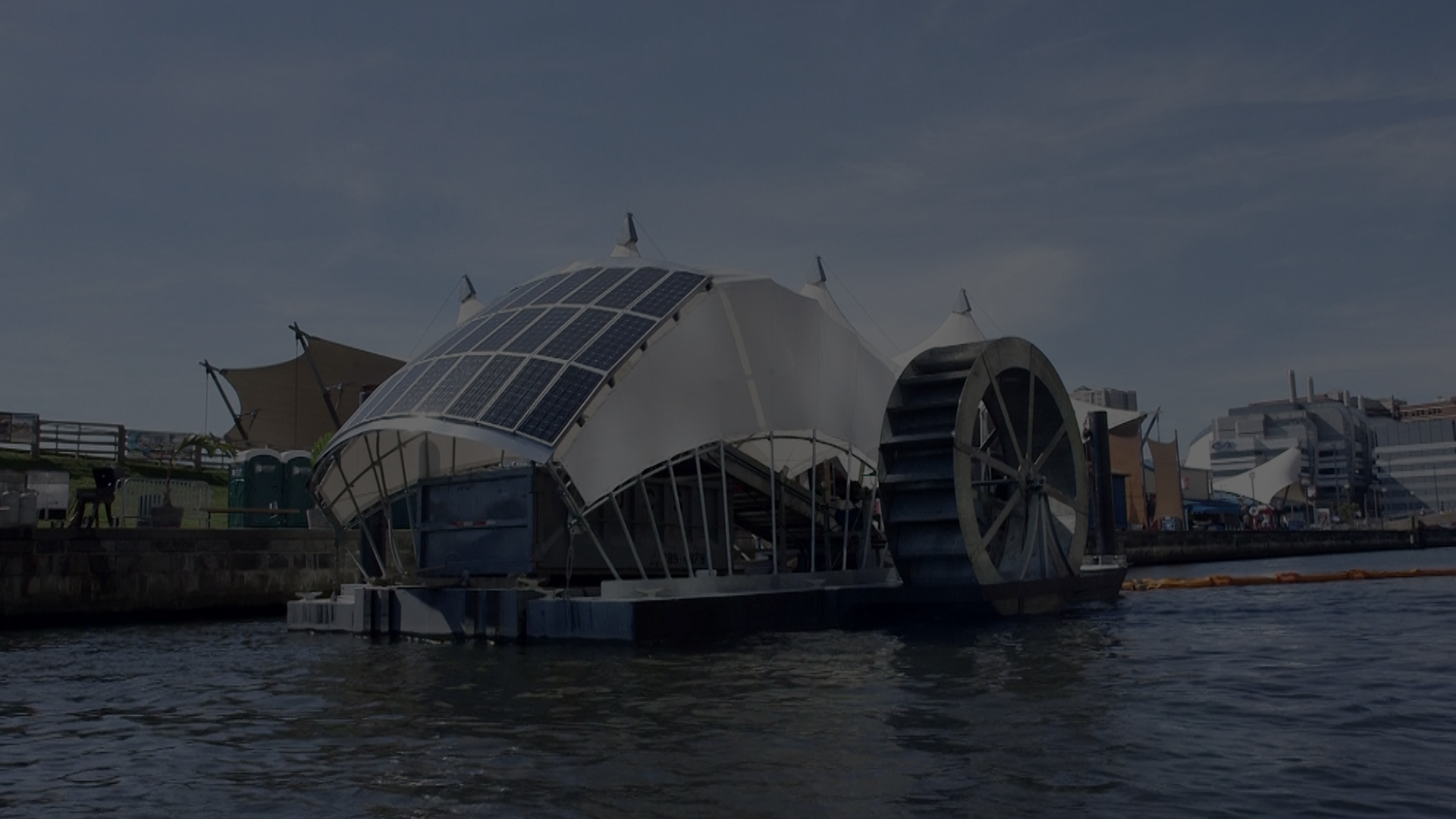 Baltimore’s Inner Harbor is a landmark and tourist attraction. It’s also full of trash. But maybe not for long. The city has a garbage-collecting contraption that looks like a hermit crab from outer space.

The current from the Jones Falls River turns a water wheel, which moves a conveyor belt, which lifts trash out of the water and into a Dumpster. When the current is too slow, solar panels pick up the slack. According to the partnership behind the project, the wheel can collect up to 50,000 pounds a day and has gathered up 144.22 tons of trash since May 2014.

The Healthy Harbor folks aren’t satisfied with that. They want to put the Water Wheel out of business—by encouraging people to recycle and dispose of waste responsibly. In the meantime, the big wheel keeps on turnin’. The project is part of an effort to make the harbor swimmable in six years.

When we think big, dare to do things differently, and make a healthy environment a priority, we can make important changes. That’s the attitude we try to bring to the idea that Anywhere Works. Bravo, Baltimore, for tackling the problem of trash in the water with smart creativity.