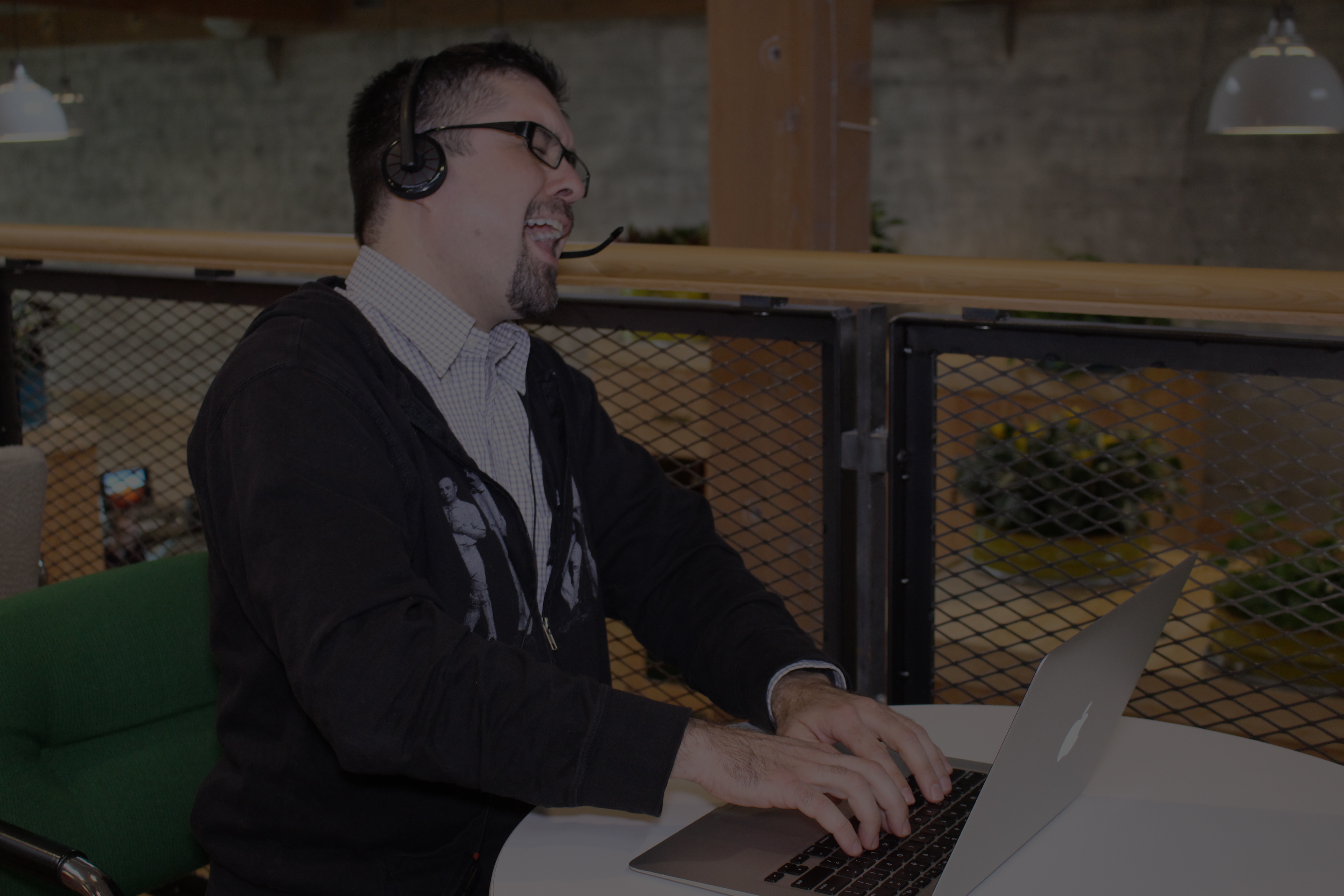 Why is Shaw so happy as he types away? Maybe he’s just an upbeat guy. Or maybe it’s the flexibility he has at FULL Creative to work wherever he can get the job done.A recent study by psychologists, physiologists, economists, and public health scholars from the National Institutes of Health and Centers for Disease Control and Prevention shows what you may already know—flexible work is where it’s at.In the study, workers in the IT department of a big corporation were allowed to choose when and where they worked, as long as they got their work done. Guess what? They doubled the amount of time they worked at home, from about 10 to about 20 hours. Compared to another group that didn’t have such flexibility, the workers with choice said they were happier, less stressed, had more energy, and used their time better. And there was no sign they were any less productive.Erin Kelly, one of the lead authors of the study, says that despite this evidence of the benefits of flexible working, many people still harbor biases against this kind of freedom. Some still subconsciously believe working longer hours in one location (the office) is better. To combat this outdated belief, we need to support flexible scheduling as much as we can. Spread the word that Anywhere (and Anytime) Works!