Mapping a tragic (and avoidable) future 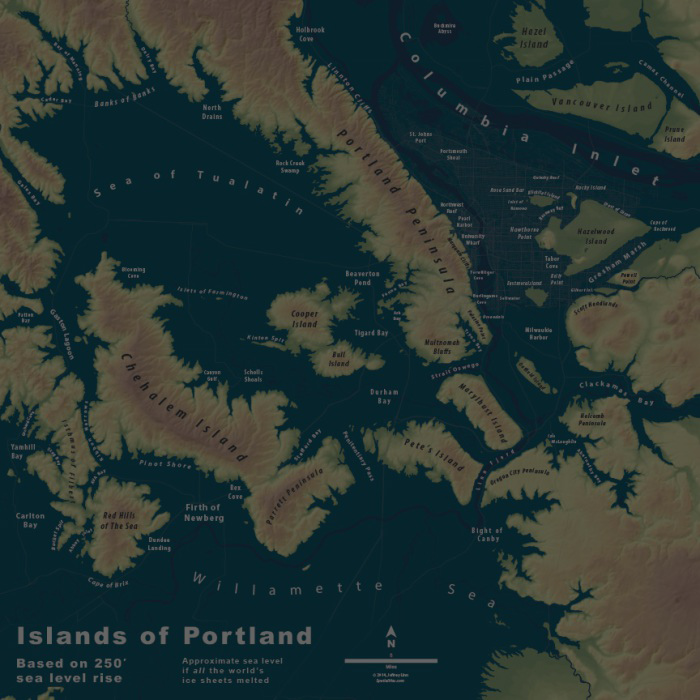 What would the world’s cities look like if sea levels rose about 80 meters, as scientists predict would happen if today’s glaciers melted completely? Seattle mapmaker and urban planner Jeffrey Linn gives us a look at the answer in his blog series Sea Rise Maps, inspired by a similar map of San Francisco. The U.S. Geological Survey says a much smaller rise in sea levels of just 10 meters would flood 25 percent of the U.S. population, concentrated on the East Coast and Gulf states (that means you, North Carolina and Texas). The news for Chennai can’t be much better, and although some of our FULL team lives further inland, this kind of destruction would obviously be devastating for everyone on Earth.We’re all in this together. Eliminating as many commuting miles as possible, using energy-efficient LED light bulbs, and lowering the thermostat are just a few ways we’re trying to help.