Getting things done on the go 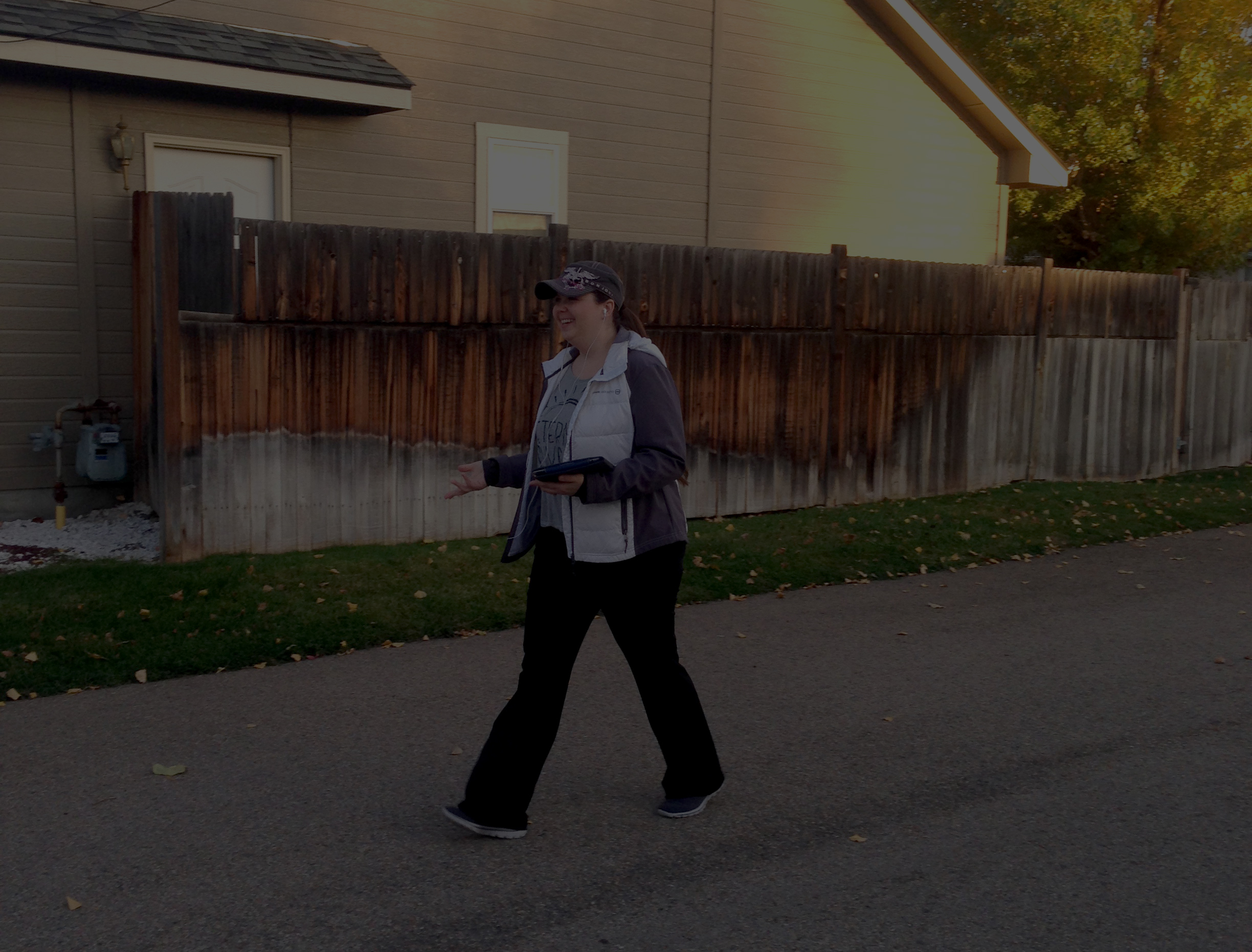 Like all our team leaders, Marcia meets virtually twice a month with each member of her team. “We talk about what’s going on, and I keep them motivated on their stats,” she says. During a recent Hive Day in Boise, she led a walking meeting and tour of the downtown riverfront for FULL visitors Vikram, Sri, and Melissa. “I thought, why can’t we do this all the time?” She decided then and there to try her next round of biweeklies while on the go.

Marcia had her team call her on Synclio, our own phone app, and she talked to them while each person walked. The team has taken to the new format. “It’s been so much fun,” she says. “Not only are we accomplishing our goals like talking about their scores, but they’re getting refreshed.” One team member, who Marcia knew was experiencing a lot of stress, initially thought she just didn’t have the energy to walk and meet. “I prodded her a little bit,” Marcia recalls, telling the associate “you want to go for a walk.” She agreed and tried it. Afterwards, Marcia says, the associate said “thank you. I didn’t realize how much I needed that.”

One bonus for Marcia is the extra exercise. With her Fitbit step tracker, she had been averaging about 8 miles a week. By walking while she meets with her team, she’s more than tripled that, to 25 miles a week. “I never realized how much breath it takes to talk and walk at the same time,” she says. “My associates make fun of me sometimes, because I say hold on, I gotta breathe.”

The walking biweekly has helped both Marcia and her team to be more focused. “I have to be more prepared,” she says. She asks her associates to follow up with her by email. “It makes them more engaged,” she says. On the last round of meetings, she had to discuss a difficult topic with her team—their conversation style wasn’t meeting client expectations. She wasn’t sure how to address the issue, so she took a walk. “I had an aha moment,” she says, about how to deal with it. “I don’t know if it was because I was walking, but I thought, that’s genius. Moving allowed me to think a little bit more. I like to say that’s what it is.”